Welcome to the online home of CAMS Racing! Our aim is to provide motorcycle enthusiasts with a supportive, fun, social environment for safe and affordable road racing of classic and post classic machines. Check out our race dates, browse through the race classes and rules, or if you’re just getting started, we’ve got plenty of useful information to get you underway. We welcome any inquiries so if you can’t find what you’re looking here,
then please feel free to contact us.

Awesome days racing, thanks to everyone who came out, and great shots thanks MJSmyth Images ... See MoreSee Less

Hi All,
Fantastic turnout for Round 3 of the CAMS championship tomorrow at Ruapuna with 100 riders pre entered 🙂
Cant wait !!!

Just a heads up, unfortunately the Canterbury Car Club have had to set up their marquees in the pits a week early for big Skope classic car meeting next weekend.
So there is less space than usual in the pits.
With such a great turnout we ask that riders look at parking their cars outside of the pits if possible and maybe those using the garages look at parking away from the main pit alleys if possible to give more space for bikes pits.

We'll fit everyone in, we just all need to be considerate and may have to pit in different spots than usual .

See you all tomorrow

So the CAMS club have paid to rent the facility but not all of it is available???!!!! I hope you have had a reduction in the renting fee!!!!

Hi All,
Happy New Year!!!
We hope Santa had a some tasty go faster parts in his sack for you 🙂

Its nearly that time again, CAMS Championship Round 3
is all go for Saturday 28th Jan at Mike Pero Motorsport Park.
Join us for a day of relaxed fun racing.
New riders welcome.
We had a huge turnouts at Rounds 1 and 2, and Round 3 is normally even bigger, so join us for another fun day of CAMS racing.
Pre entry and pre paying essential please, it makes our teams life so much easier and sign on much faster if you all pre enter.
Pre entry closes at midday Friday 27th January .
Pre Enter Here:
myregister.co.nz/cams/index.php
Any issues with access or you need to set up a profile, please contact Dave - camspresident@gmail.com .

CAMS is a Classic and Post Classic bike racing club but also prides itself on being inclusive and caters for all makes and models. If it fits within one of the classes and formulas listed below, then it can be run at a CAMS meeting.

CAMS recommend you go to Chapter 8 of the MNZ regulations and read the complete safety chapter.

If you have a race bike or road bike and want to come racing, it will have to fit in with the MNZ rules. Below is a guide of some of the things that will be required to come racing. Note that road bikes will need all lights and indicators removed or completely taped over.

CAMS recommend you go to Chapter 10 of the MNZ regulations and read the complete technical chapter.

– Helmet, full face. DOT approved. Must have a visor or goggles.
– Boots, sturdy motorcycle boots in good condition.
– Leathers. One piece or zip together. Must be in good condition, no holes, rips or broken zippers.
– Back protector either as a separate item or incorporated into you leathers.
– Chest protector to the standard in MNZ riding gear rules link above
– Gloves, Leather only.

CAMS recommend you go to Chapter 8 of the MNZ regulations and read the complete safety chapter.

– You’ll need to be a member of an MNZ affiliated club.
– Pay for a one event license or have an MNZ competition license
– Pay an entry fee
– New riders get their own briefing and will be taught safety rules, race etiquette and race procedures in the new rider class. Plenty of advice on technique and bike set up is available from experienced riders and trainers. New riders progress to the faster classes once the trainer is happy he/she is safe.
– Get plenty of sleep and get organised the night before, no need to be stressed and rushed on race day, its supposed to be fun.
– No riding hung over or under the effects of mind f*ing drugs from that wicked rave you went to last night.
– Bring food and plenty of water, dehydration saps strength, concentration and speed.
– Bring a great friendly attitude, be prepared to have the best day you’ve had with your pants on in years.

If you require clarification on any rules or getting started please don’t hesitate to ask. We were all new riders once and are happy to help. 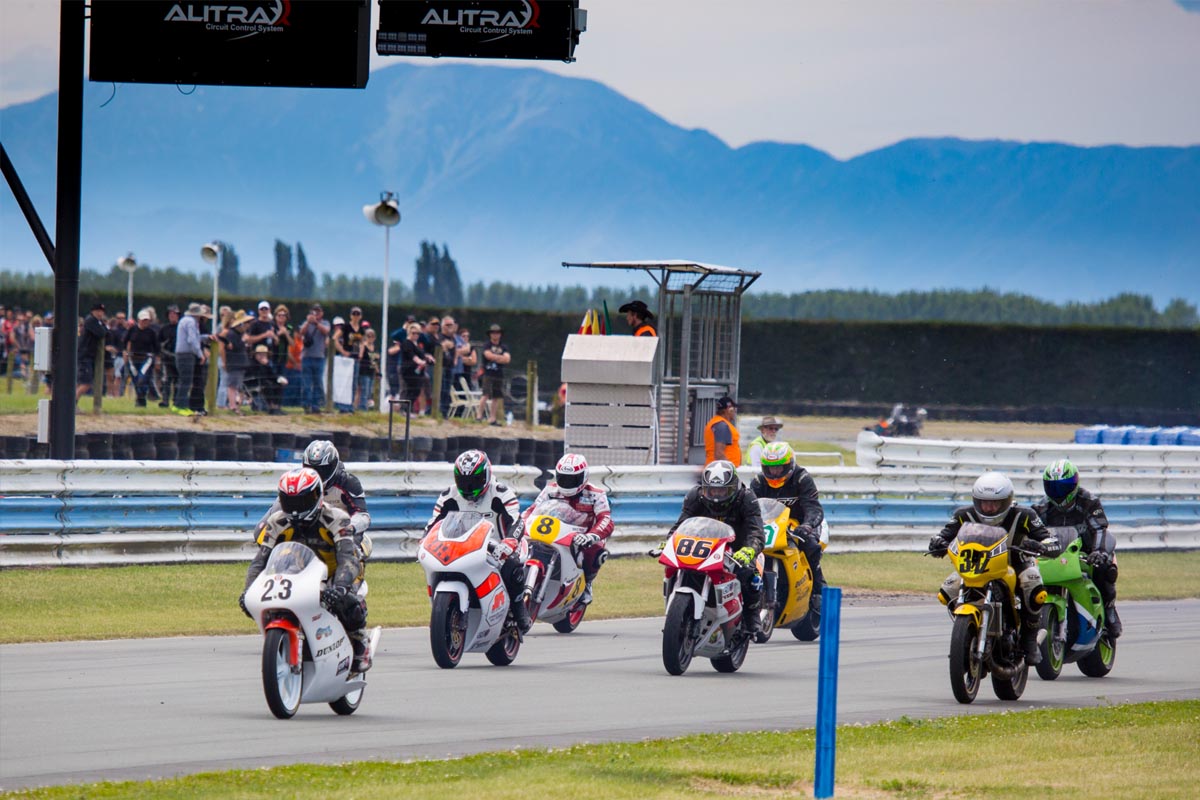 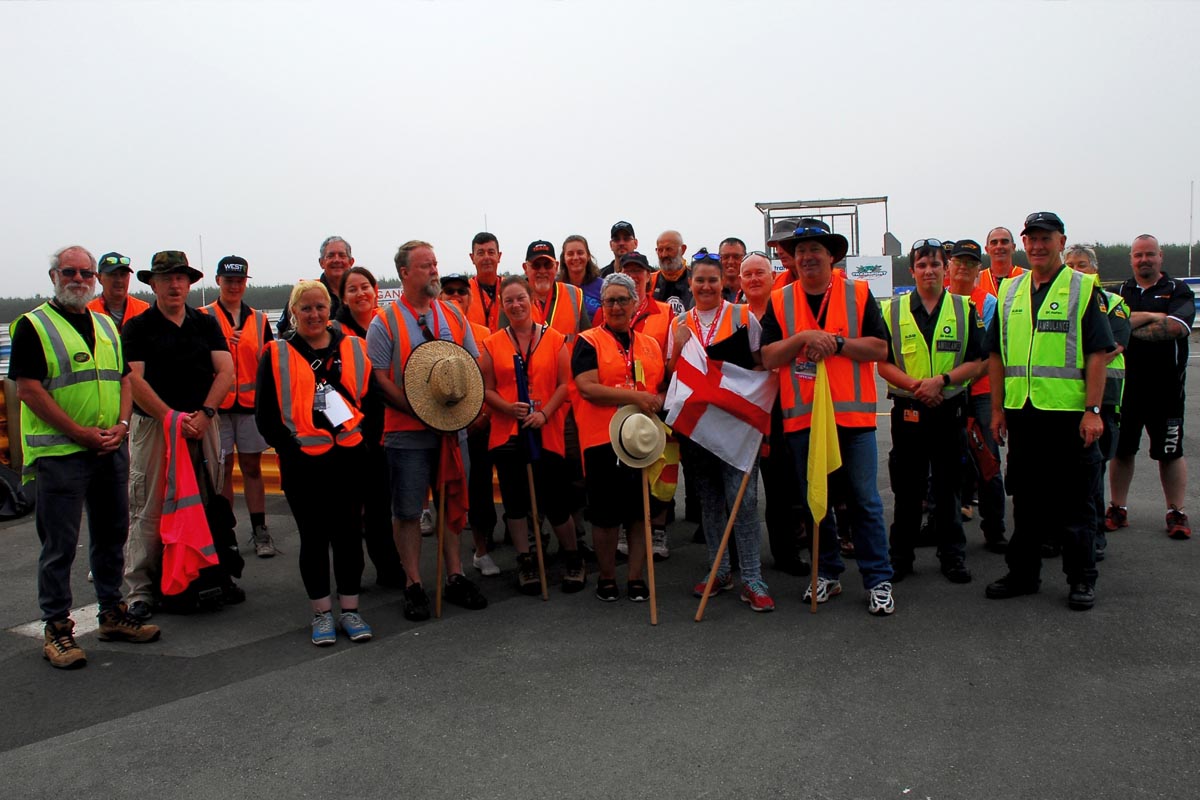 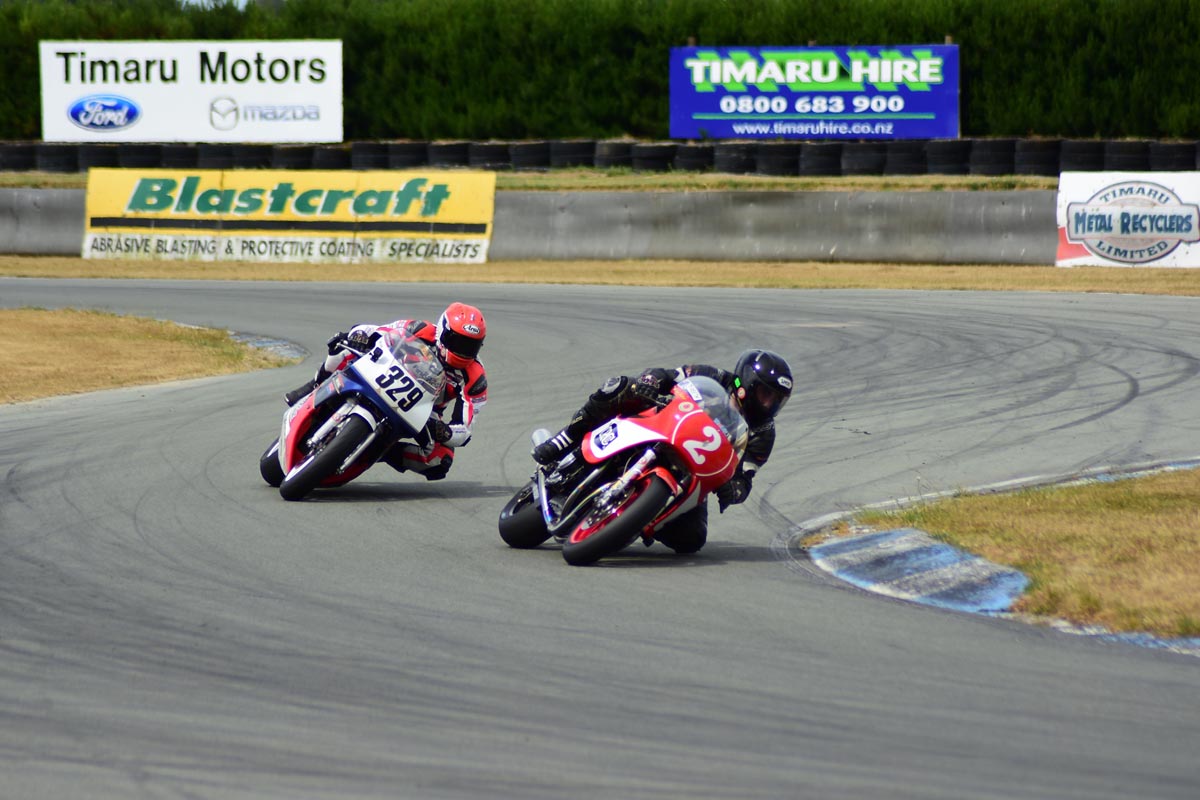 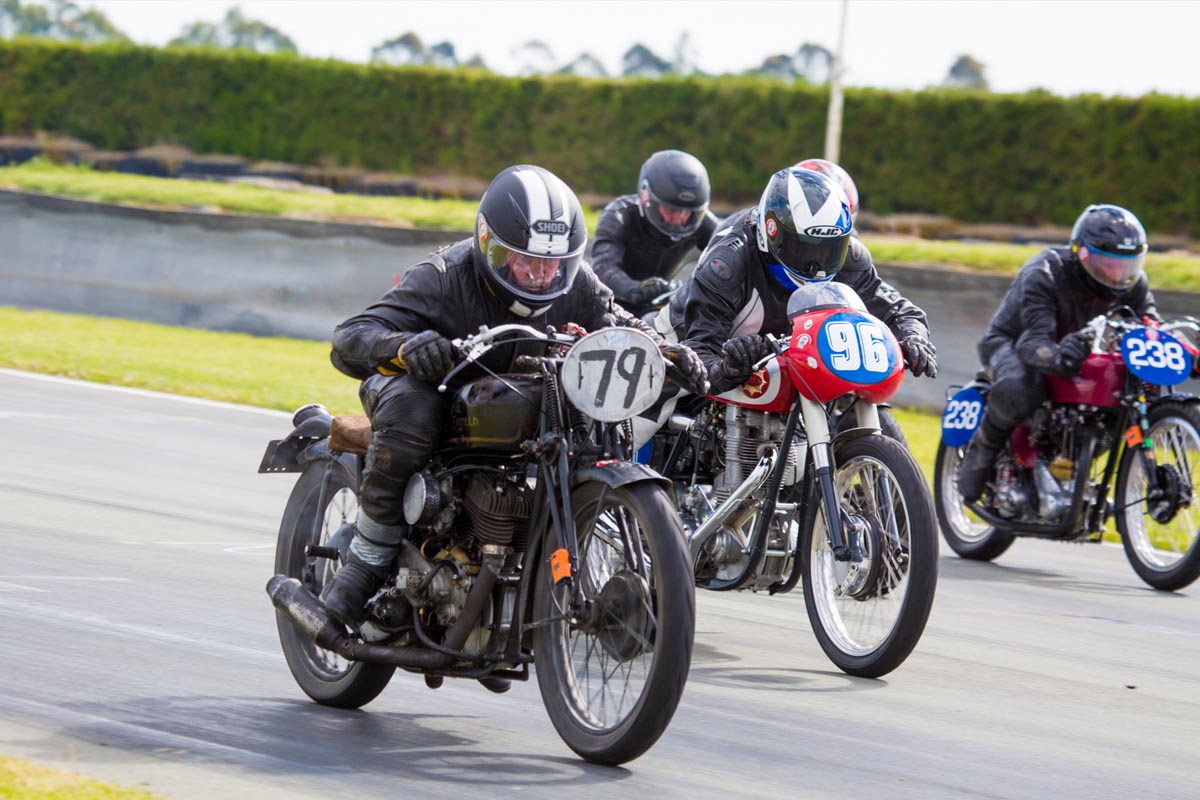 Download the form, pay by bank transfer and
send an email to Sue to confirm payment and details.

CAMS tee shirts and hoodies are now available for sale through Iron & Oil Clothing. Show your support for your favorite classic racing club by wearing the clothing (plus we make a few $ towards the clubs coffers) Click here to look at the range and make a purchase… 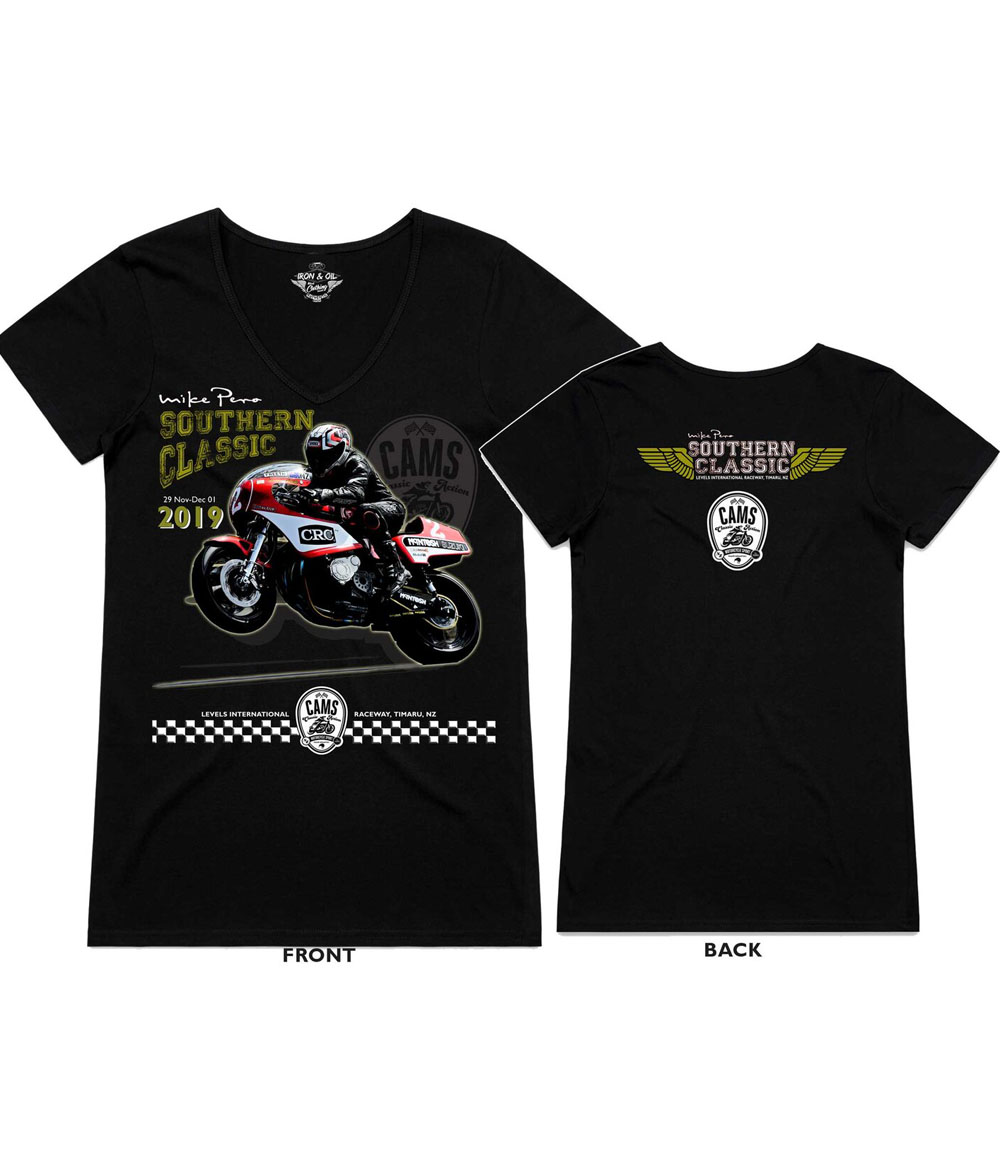 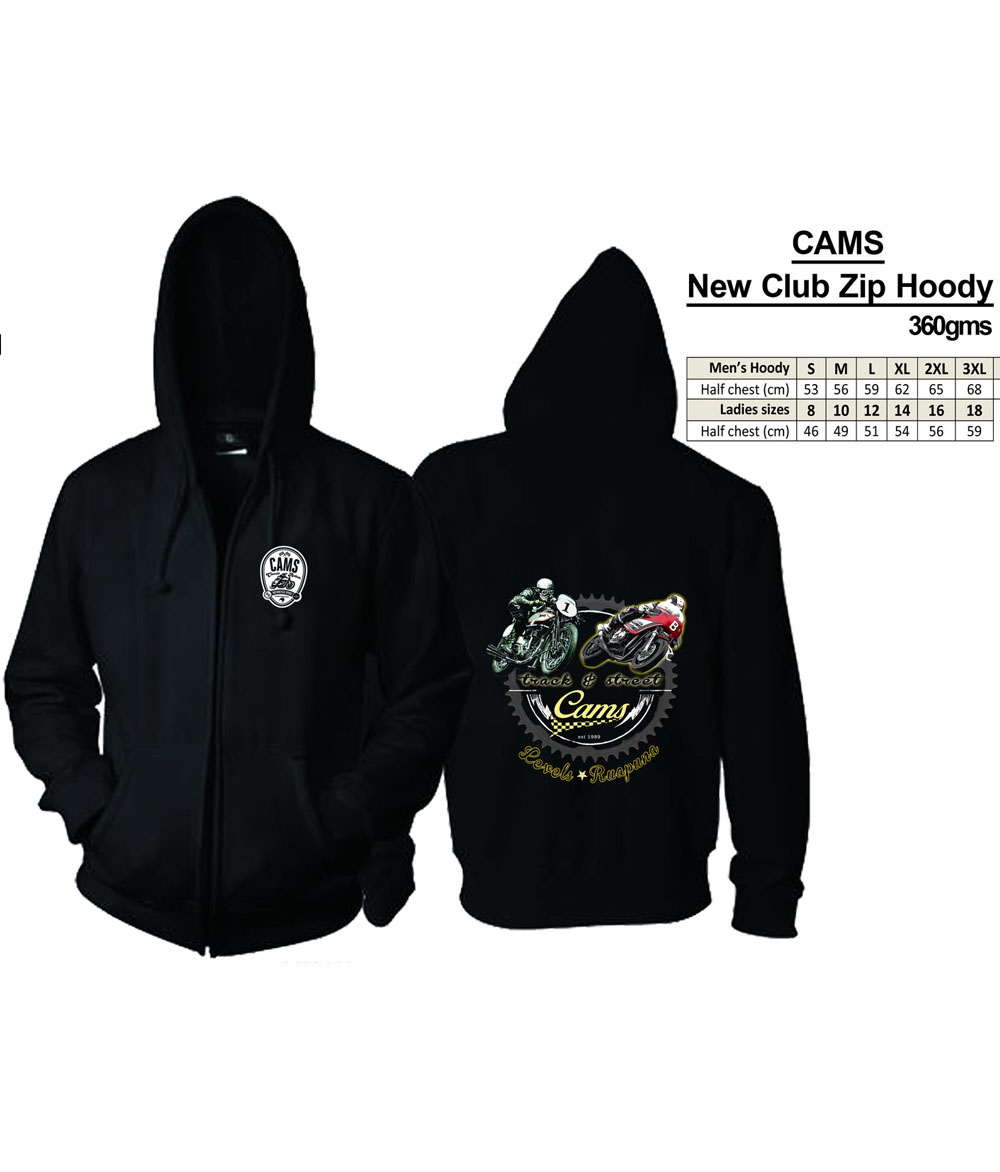 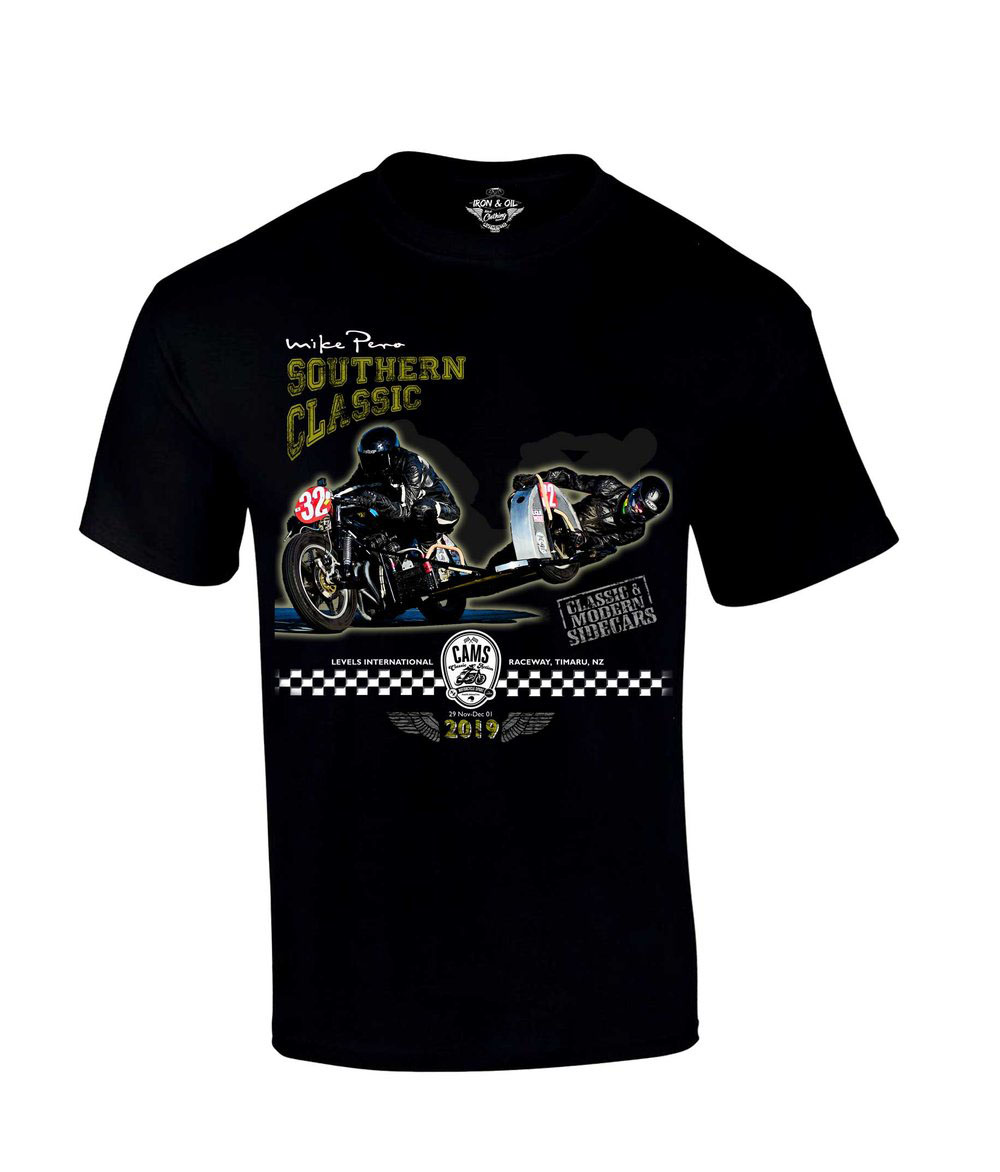 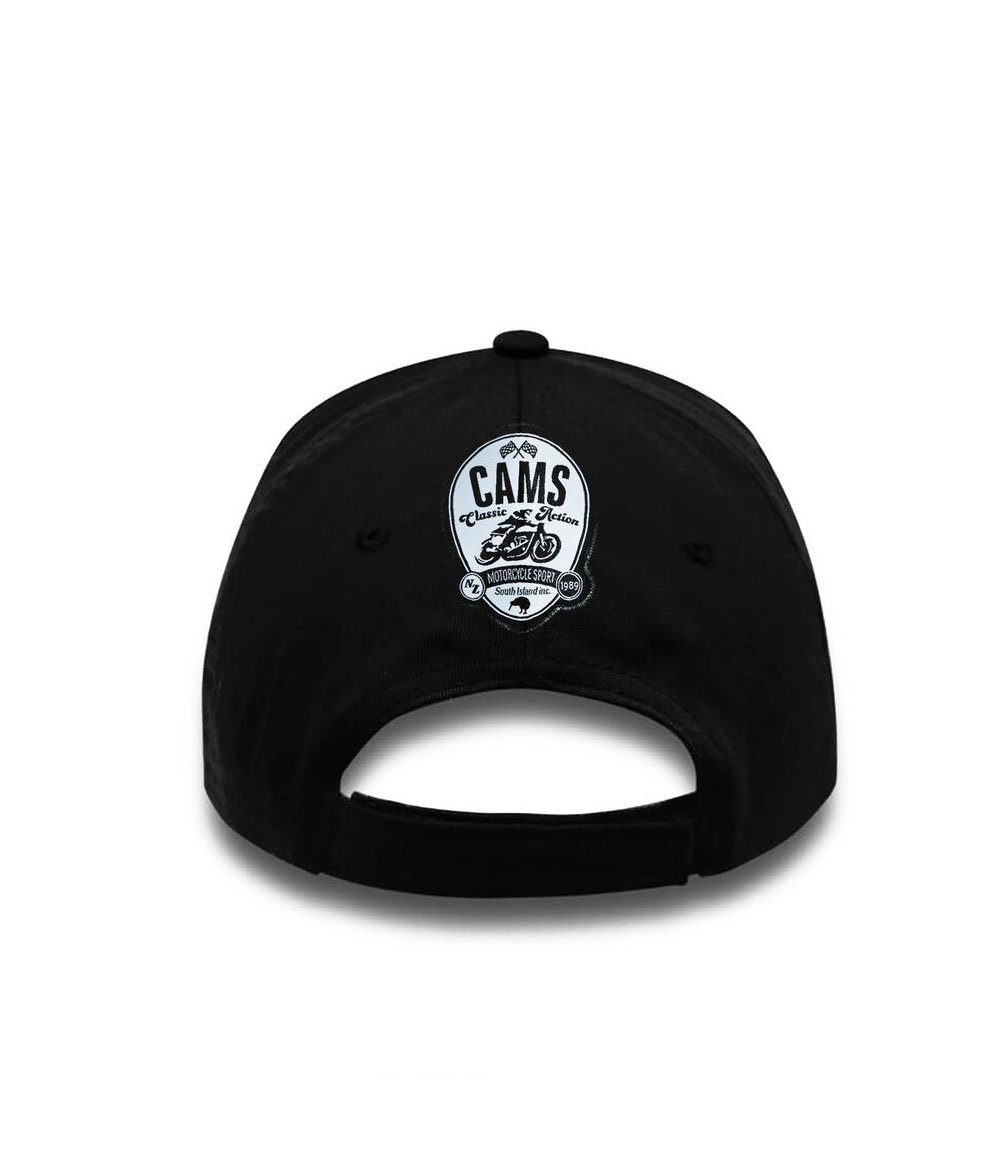 Our Mission Statement is “To provide motorcycle enthusiasts with a supportive, fun, social environment for safe and affordable road racing of classic, post classic machines and support for most classes of motorcycles while promoting the preservation of their machines.”

Classic Action Motorcycle Sport Inc. (S.I) club was formed over 25 years ago in Christchurch, NZ, by a group of racers wanting to keep the classic bikes of yesteryear on the South Island racetracks, many of these machines were “SPECIALS”, B31’s, B50’s, etc. running parts that were not completely original to these bikes when they came out of their factories.

CAMS History (As told by George Begg, in the first CAMS Newsletter, November 1989)

Copied, 16 May 2019, by Roger O’Regan.
So much has changed, so much restoration taken place, but George quite bluntly has his say in this first Red Line.
We are now affiliated to MNZ (the former ACU) and stand alone as an enthusiastic and inclusive club. 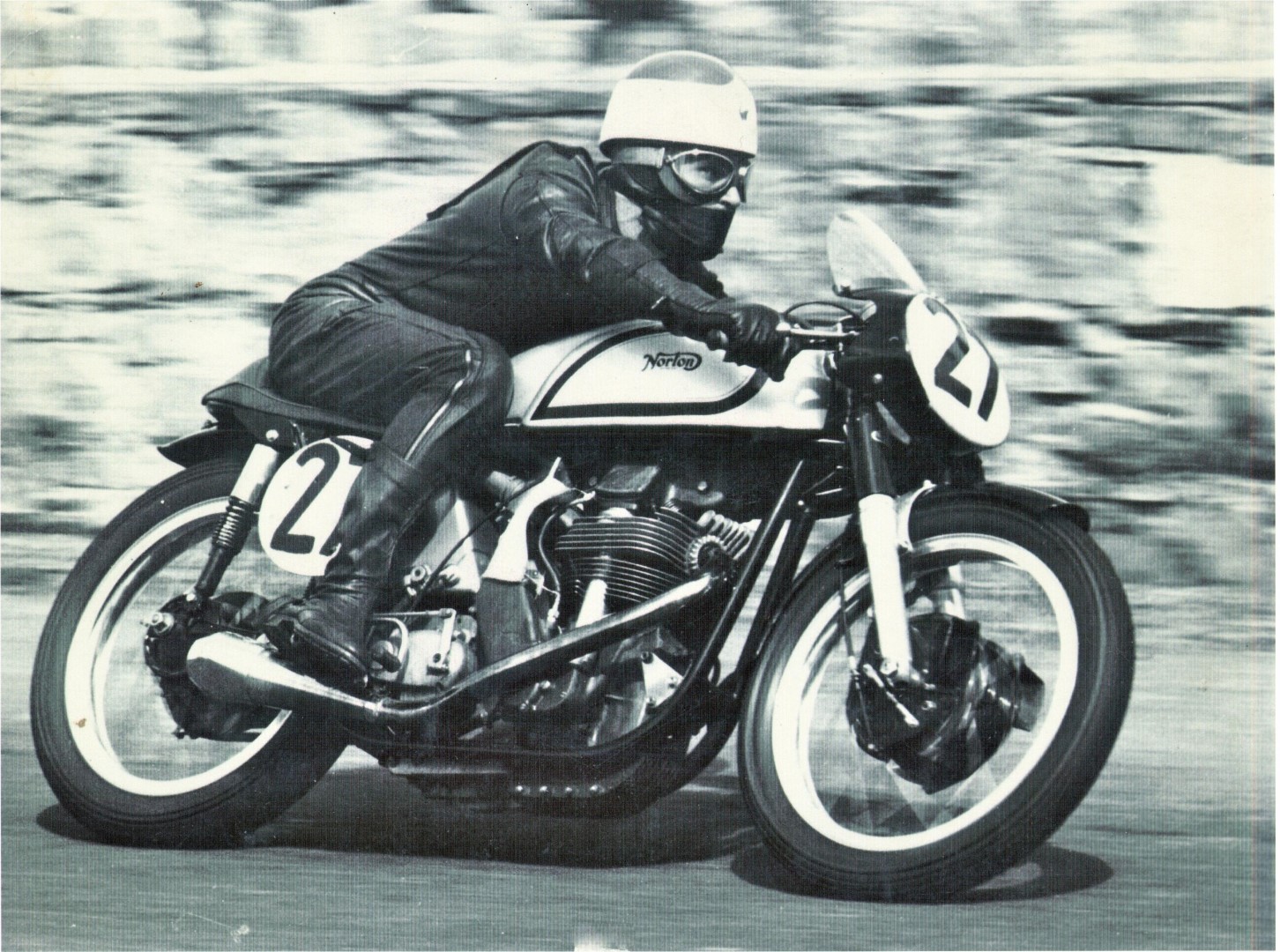